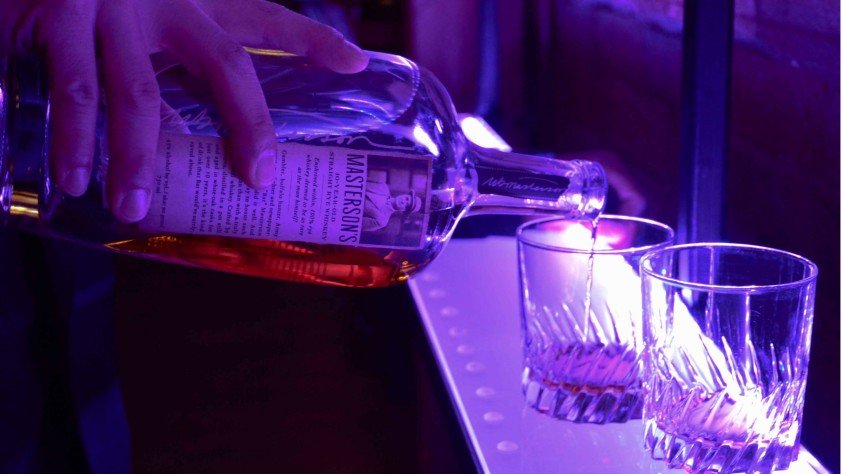 There’s a new kid on the block, it’s a Whisky Bar and Supper Club called CC Lounge, (owned by The St. Lawrence Group) and it’s located at 45 Front Street in the historic Beardmore Building.

This is a fitting location as the inspiration for this bar is steeped in history, based on the prohibition era, it smacks of a 1920’s speakeasy with a little Gatsby flare. In the front half of this 4000 square foot lounge are booths with leather couches and tables supported by 100 year old whisky barrels, a long bar, and spectacular chandeliers fashioned from thousands of crystals, which must be seen to be believed.

The back of the lounge has a disco like atmosphere, there’s a bar, DJ booth, lots of room to dance, and arrangements of dangling disco balls. This is also where you will find ‘The J.P.Wiser Whiskey Tunnel’, a take on tunnels Al Capone supposedly used during the 20’s to smuggle whisky from Windsor to Detroit. If you’re inclined, a member of staff can arrange for a tour and whisky tasting.

You can visit ‘the real thing’ in Windsor at the Canadian Club Brand Centre.

Hiram Walker & Sons produced and supplied Canadian Club to many thirsty U.S. citizens during prohibition. Walker was personal friends with Henry Ford and Thomas Edison and held meetings (in his basement Speakeasy) with Al Capone and the Purple Gang who ran the illegal whisky trade in Detroit. The Canadian Club Brand Centre on Riverside E, in Windsor, is the site that Hiram Walker & Sons was founded and where, to this day, Canadian Club is still produced.

75% of all illegal liquor brought into the U.S. during prohibition, came across the Detroit River. In the winter it was driven across the ice, in the summer barrels were often tied to the bottom of boats.

CC Lounge specializes in North American ‘brown spirits’ (whiskies, scotch and bourbons) in all they have over 120 varieties. ‘The Tunnel’ is lined with some of the finest in Toronto. We were treated to a tasting and a little history by C C’s manager Len Liang. He showed us their large selection of Wiser’s Ryes, including Wiser’s 18 year old whisky, which was our first sampling. I absolutely loved it, smooth and warm in the throat, a medium caramel flavor with hints of baked apple and spice.

We tried Evan Williams single Barrel Bourbon. At first it’s a bit rough then a little sweet and smacks of oak and alcohol, not my favorite by a long shot, but it was great paired with Lindts Sea Salt Chocolate.

I really liked Masterson’s Rye Whisky. It’s a B.C. product, oak barrel aged for 10 years in California. It’s named for the Old West lawman (who was actually born in Canada) Bat Masterson. This rye is well balanced with hints of pepper, spice, vanilla and a citrus finish.

We left ‘the tunnel’ and went back to the beautiful bar in the front lounge area. The 20’s inspired cocktail menu was intriguing, what to have? a Manhattan, Sour, Hotsy Totsy, Micky Finn or The Flapper.

We tried the Micky Finn, 2 oz of Wiser’s Spiced Rye, 1 oz Caramel Cream Liquor and a splash of Frangelico topped with fresh grated chocolate – wow, a winner. Then came the best sour I’ve ever had, 2 oz Wiser’s deluxe, lime juice, shaken with egg whites and finished with floating red wine.

After consulting Chef Brent Richardson, we chose several dishes to accompany our cocktails. First we had the Lobster Nachos, the chips were over seasoned but the lobster was beautifully cooked and covered in a spicy cheese sauce (using 5 year old cheddar), heirloom tomato salsa, jalapenos, and avocado sour cream. We tried the Chop Salad – with grilled avocado, as well as the Buffalo Cauliflower and Brussels Sprouts. We have to stop here, because I could write a book about the Brussels Sprouts. First floured and fried then tossed in a whisky infused maple syrup, parmesan and finished with a hollandaise foam – TO DIE FOR. It’s almost a shame that the CC Banquet Burger had to follow those sprouts. It’s a very nice burger with all the fixings, including cheddar, bacon and Brent’s special sauce.

We didn’t think things could get any better until we tried the Deep Fried Raspberry Pie, it arrived on a base of lemon curd with whipped goat cheese garnished with mint and a light olive oil drizzle. What a way to finish a day.

Just before leaving, we spent a few minutes talking to Costa Kosilos, a Principal at C. C., he was very nattily dressed in black with a red bow tie, and he actually fit right into the scene. All in all, CC is a nice place to spend an evening, all staff we met were charming and informative.

Food portions are not too large and priced accordingly, house wines sold by $1.25 per. ounce.  We will definitely be returning. 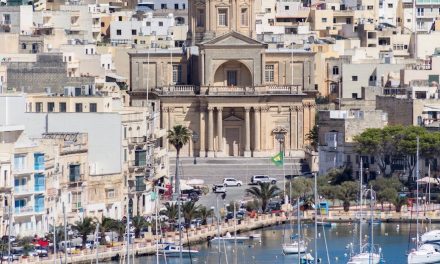 How to Enjoy An Autumn Break in Malta 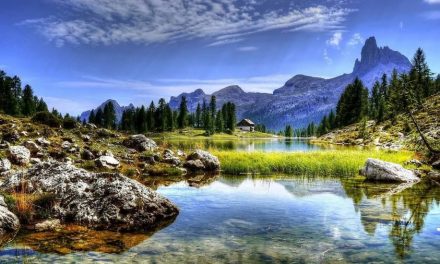 5 Tips For Staying Healthy On The Road 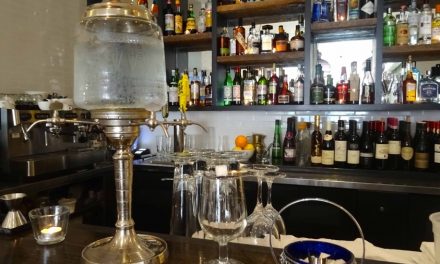