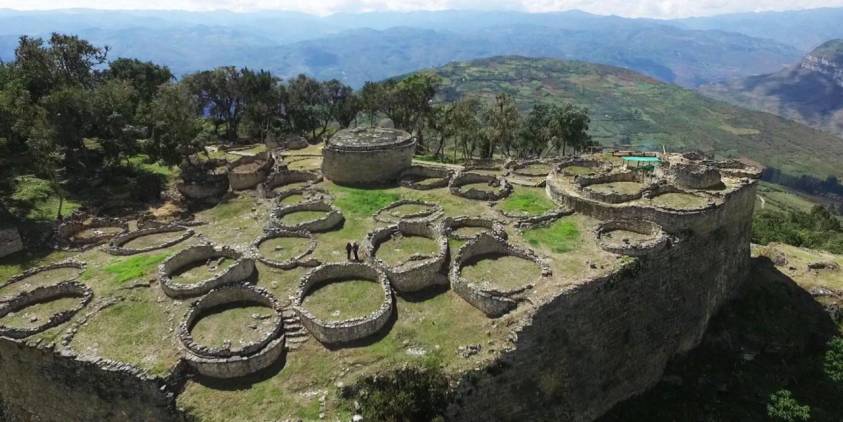 Those who enjoy hiking and exploring archaeological sites often place Machu Picchu, Peru, on the top of their list of travel destinations, as it is one of the world’s most popular hiking areas. However, continuously changing regulations and ever-increasing crowds have inspired some vacationers to search for roads less traveled. The beautiful and remote ancient fortress of Kuelap is an exciting and interesting alternative for those traveling to Peru in search of spectacular landscapes, outstanding hiking trails, and mysterious, ancient cultures.

Kuelap is an archaeological site featuring an ancient walled fortress surrounded by man-made trails. It is situated in the upper northeastern corner of Peru in what is referred to as the country’s “Amazonas Region.” It is approximately 9800 feet above sea level and sits high on a limestone escarpment. It overlooks the incomparable Utcubamba Valley and is believed to have first been constructed in the 6th century AD, before the Inca Empire era. After the Inca Empire conquered the Chachapoya indigenous peoples during the latter half of the 15th century, more structures were built at the Kuelap Fortress site. In its heyday, the walled city may have had as many as 300,000 residents.

The walled portion of the city is only 360 feet at its widest point but is over 2000 feet long. The mountain on which it is located is higher than that of Machu Picchu and therefore offers even better views of the region.

However, the Kuelap complex has remained relatively unknown, due to the remote area in which it is found. As recently as 30 years ago, the nearest road was a two-month walk from the walled city. Of course, that has changed over the decades, and it is now regarded as an accessible wilderness where guided tours are available.

The beauty of the fortress draws those who are interested in ancient civilizations, architecture, and breathtaking views. Because of its high altitude, this mysterious cloud forest features millions of air plants, orchids, and bromeliads, all of which make up a remarkable landscape with which few areas of the world can compete.

The massive walls surrounding the structure vary in height from as tall as 60 to as low as 30 feet, and virtually all areas of the wall feature finely carved limestone masonry. The inner walls are less ornate than the dramatic outer walls, but both offer a glimpse into the artistic talent of those who lived centuries ago. There are three narrow entrances that lead to the site and over 500 structures within its walls. All feature Chachapoya designs, which were believed to be popular between 900 and 1100 AD. Overlooking one entrance is a religious platform referred to simply as “Castillo.” An equally impressive structure found within the walled city is “Torreaon,” a 25 foot high tower that was probably used for defensive purposes.

In the areas surrounding the Kuelap Fortress, visitors will find a vast array of large stones with geometric, zoomorphic and anthropomorphic designs. Circular structures found within the city contain burial sites, and many of the tombs have zigzag or rhomboid shaped friezes, which visitors can explore independently or as part of a guided tour. Travelers can also hike through old stone canals, which were thought to have supplied the city with water from a mountain spring. Many visitors state that a trip to Kuelap allows them to feel as if they are walking in the shadow of a mysterious, lost civilization.

How to Get There

Fortunately, it is not difficult to reach Kuelap and all its splendor, although this was not the case in decades past. Twice-weekly flights became available as of July 13, 2017, and visitors can now travel from Lima to Chachapoyas and continue on from there by car to reach Kuelap. Although the drive is approximately 2½ hours long, the route offers unparalleled beauty and terrific photo opportunities.

Visitors can also choose to take an eight hour, guided tour by car or bus from Chiclayo. Most buses are luxury vehicles that offer executive VIP recliners or lay-flat seats. The scenic routes used by bus tour companies travel through Jaen, and then cross the Maranon mountain range into the Amazonas region, eventually reaching Kuelap.

The capital of the Amazonas region is the aforementioned town of Chachapoyas and is an isolated colonial town that is worthy of exploration before one travels on to the Kuelap Fortress. Most travelers to Kuelap stay in Chachapoyas and use the town as their base camp. There is a good selection of lodging in this area, from hostels to three-star hotels or resorts. Travelers can stroll the streets and interact with friendly local residents, who are primarily descendants of the mysterious Chachapoyan tribes.

With its beauty, ancient characteristics and outstanding scenery, hiking and exploring the Kuelap complex is a fantastic alternative to visiting the more regulated and commercialized trails of Machu Picchu. Although both areas are beautiful, those searching for less crowded trails and archaeological sites that have not yet become mainstream tourist attractions typically find Kuelap ideal. In addition, many travel experts believe that at some point in the future, Kuelap may draw as many tourists as Machu Picchu. Regardless of one’s individual expectations, he or she can anticipate an unforgettable experience in Kuelap, Peru. 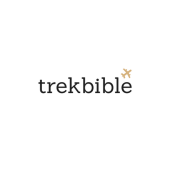 Ella, Content Manager for trekbible, is a writer and content specialist with a predilection for learning and exploring new places and cultures around the world. With family scattered throughout the U.S. and South Korea, she loves to see cross-cultural influences around the world. Her favorite thing to do on her travels is to taste the local cuisine of each destination.