Nantes: What to See, Do And Eat

Nantes, a city on the Loire River (Upper Brittany region in western France), is filled with a rich history. The gateway to the Nantes Atlantic Loire Valley has been home to many famous people, including author Jules Verne, who was born in Nantes.

Here are my recommendations for Things to do while in this culturally rich city.

A good place to start any Nantes excursion is on the Green Line, Nantes’s version of the yellow-brick road. It’s an excellent self-guided walking tour that’ll take you past all the major sights and attractions. Check out “A Journey to Nantes” to get the official green line itinerary.

The Chateau des Duc de Bretagne on the banks of the Loire River was once the Castle of the Dukes of Brittany, originally built in 1207 as a stronghold for protection from the monarchy. It’s surrounded by a moat which you can really appreciate from the top of the ramparts – as well as the whole castle and the city – just follow the 500 meter-path.

The Chateau now serves as Nantes History Museum with stunning interactive exhibits exploring the past and present.

Take in the history of Nantes, particularly the floor devoted to the Slave Trade. In the 18th Century, Nantes was a major player, organizing 43% of the slave shipments accounting for much of the city’s prosperity.

Across the courtyard, there is an exhibit about the Amazon and Shamans running till January 2020.

This is the highest tower in Nantes and offers phenomenal panoramic views of the city. Take the elevator to “le Nid” a bar on the 32nd floor (just 1 euro), where you’ll find a huge white bird who watches over the city. This statue, designed by Jean Jullien, is half stork half heron, you can sit in her ‘boiled egg’ shaped chairs while enjoying a great cocktail; from here you can reach the viewing deck.

The Lu Tower, a photogenic domed structure decked with gold and blue, is located close to the chateau des Duc de Bretagne. Once part of the entrance to the famous Nantes biscuits (Biscuit Nantes) factory, which has been transformed into a center for contemporary arts and music with exhibition space and a performance hall. There’s a small gallery tracing the history of the factory which is definitely worth a visit, a really good restaurant, bar and the famous terrace of loungers (like deck chairs). From the top of the ‘LU’ (Lieu Unique or Unique Place in English), you can see the whole city with the aid of the gyrorama, a strange viewing machine.

Just a short walk from the Chateau des Duc de Bretagne is the incredible Cathedral of St. Peter and St. Paul. It’s about the size of Notre-Dame Cathedral, has two massive towers and a white stone façade; it’s one of the most historic monuments in Nantes. Construction began in the 1400s and it took almost four centuries to complete. Inside you can see a Romanesque crypt containing the cathedral treasures as well as a display tracing its history. This impressive structure is not only a perfect example of gothic architecture but also the final resting place of the last Duke of Brittany, Francois II.

Until the nineteenth century, Trentemoult was a quiet fishing village on the south side of the Loire; It’s now a hub of artistic activity and one of the most colourful places in Nantes. You can stroll through the amazing maze of colourful streets where houses are adorned with flowers and murals. Seafood restaurant La Civelle is a good lunch stop for a meal while gazing at gazing at the river

Steam-punk park and extraordinary artistic project, compromising a series of articulated machines in the form of giant animals, that you can ride or drive yourself. Born from the imaginations of François Delarozière and Pierre Orefice, it’s a blend of the worlds of Jules Verne, the mechanical universe of Leonardo da Vinci, and the industrial history of Nantes. Les Machines de I’lle’s aim is to promote Nantes’s image and create a metropolis of dream and fantasy – and it does just that.

This mechanical elephant stands 40 feet / 12 mm high and weighs in at 48 tons. When it goes for a walk, the 49 passengers feel as if they on the 4th floor of a house. The elephant sprays water from its trunk as passers-by come close.

In the gallery, see real plants and mechanical animals you can ride or lead around, including a giant ant and a giant heron. If the timing is right, you may see a giant spider emerge from the ground.

One of the most fascinating merry-go-rounds you’ll ever see is the unique Carrousel des Mondes Marins which encompasses three floors; they represent the ocean floor, the water, and the surface. Standing 25 meters tall, the intricate design and architecture of this piece is well worth the ride – and ride you will, on sea creatures; Manta rays, squids and giant crabs.

The Jardin Des Plantes is the perfect way to spend a sleepy Sunday when the rest of the town is shut down. This peaceful oasis features a collection of exotic plants, trees, and vast green spaces, including 800 square meters of greenhouses. The gardens produce a million plants every year.

The Musée d’Arts de Nantes was created in 1801 and has a collection comprising over 12,000 works dating back to the 13th century, covering everything from primitive to modern art in various forms, including paintings, videos, photographs, and art installations. It has recently been re-opened after a major expansion which includes restored facades, additional exhibition space, a restaurant, and a bookshop.

Dedicated to the extraordinary French writer Jules Verne, this museum was opened in 1978 to celebrate the 150th anniversary of his birth. This beautiful house, which he never lived in, displays books, manuscripts, articles, illustrations, portraits, and many personal items. The father of science fiction, he studied law before following his heart and allowing his incredible imagination to take flight in the form of 63 adventure novels, enjoyed by young and old alike.

The Japanese Garden on Versailles Island

Nantes has a wonderful Japanese garden; it’s on a small island in the River Erdre called Ille de Versailles. In the heart of the island is a traditional Japanese tea house surrounded by a Zen garden with rocks and stepping-stones enabling you to cross some of the water features. You’ll see bamboos, flowering cherry trees, camellias, azaleas, and waterfalls – so beautifully authentic.

Versailles island is a great starting point for a walk or bike ride along the Erdre riverside. You could also book a romantic cruise or rent a boat and glide along the Erdre where you will see large mansions with lovely gardens once belonging to rich shipowners and merchants.

Francois 1st dubbed this river, the most beautiful in France, partly due to the lovely manor houses, parks and castles that line its banks. Adding to this beauty are the Beaujoire and Chantrerie Parks

The Bouffay district of Nantes was built between the 2nd and 5th centuries. Where the population once traded in bronze, wheat, hemp, meats, and leathers as well Greek vases and Mediterranean wines; they now browse boutiques, buy traditional candies from Les Rigolettes or stop and grab a few biscuits at Biscuiterie La Trinitaine; in the evening restaurants serve cuisines from around the world.

Considered the Soul of Nantes, the Bouffay district is a popular pedestrian neighbourhood, with 15th and 16th-century buildings and a little covered market, Place du Bouffay, where once executions were held.

A magnificent glass-roofed passageway linking Place Royale and Place Graslin with a monumental staircase connecting its 3 levels. This shopping gallery was built (1840-43) according to the model of the great Parisian galleries by the developer, Louis Pommeraye. The Passage has been classified as a historic monument since 1976, it has wrought-iron railings, Corinthian columns and renaissance style sculptures around the balconies on the upper floors.

Added to this beauty are the up-scale boutiques, charming cafes, and bars as well as a wonderful photographic experience.

The Feydeau Quarter is an elegant old quarter with an 18th-century flavour where slave traders once built luxurious mansions and over time started to sink. Modern technology has helped preserve the buildings, but they still have a pronounced lean.

Where to Eat in Nantes

Nantes is a food lovers paradise! Whether you crave a traditional Breton crepe or a Michelin starred restaurant it’s all available in Nantes. With its proximity to the Atlantic ocean expect to find excellent seafood restaurants.

Creperie Heb Ken – has been serving traditional crepes for over 40 years! Always busy and it offers an extensive menu of Breton style crepes and local ciders. Start with a savoury crepe and finish with sweet crepe.

La Civelle – Seafood restaurant located on the banks of the Loire in Trentemoult. Enjoy a 3-course prix-fixe lunch or order a la carte. The menu is heavy on seafood but there are meat entrees like charcuterie and steak frites available.

Pickles –  serves modern french cuisine which is market-sourced and helmed by English chef Dominic Quirke. Lunch is served prix fixe with two or three courses. No matter what you order your palate will be tantalized.

For more dining options visit Nantes Tourisme for a list of where to eat.

The city center can be reached either by taking a shuttle bus from the airport to the Nantes train station or by taxi.  Travel time is approximately 30 minutes.

The historic center of Nantes is easily walk-able in fact streets are closed to traffic and surcharge applies for taxis or cars entering this zone. Outside the main zone you can hop a tram or a bus; its extremely affordable.

Order the Nantes City Pass for savings on attractions and transportation. Duration 24-72 hours available in mobile or printed form.

Read More: 5 Reasons to Visit Provence in the Spring Time 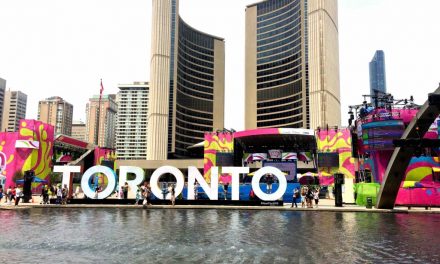 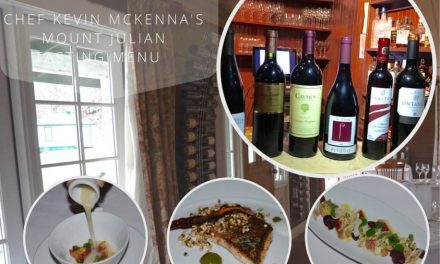 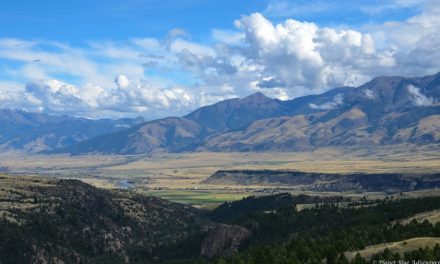 7 Things You Should Eat and Drink In Montana