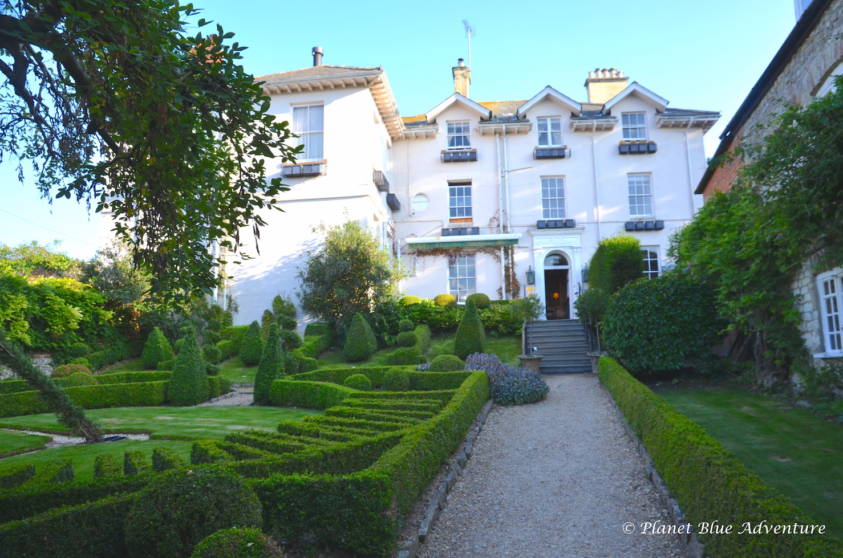 Monty Python, the BBC, and Hollywood – they’ve all been drawn to the rolling hills of Dorset and the huge choice of incredible settings like the stunning Jurassic Coast (a World Heritage Site) the beautiful little villages and ancient castle ruins. The area has seen swashbucklers, dramas, and romcoms; it has been otherworld landscapes in Dr. Who and a Pacific Island in Tenko.

West Dorset’s stunning coastline played a starring role in the TV series Broadchurch which was filmed in WestBay. In just one visit, you can see why this dramatic scenery with its towering, honey coloured Jurassic cliffs, was such a big draw for the show’s producers. 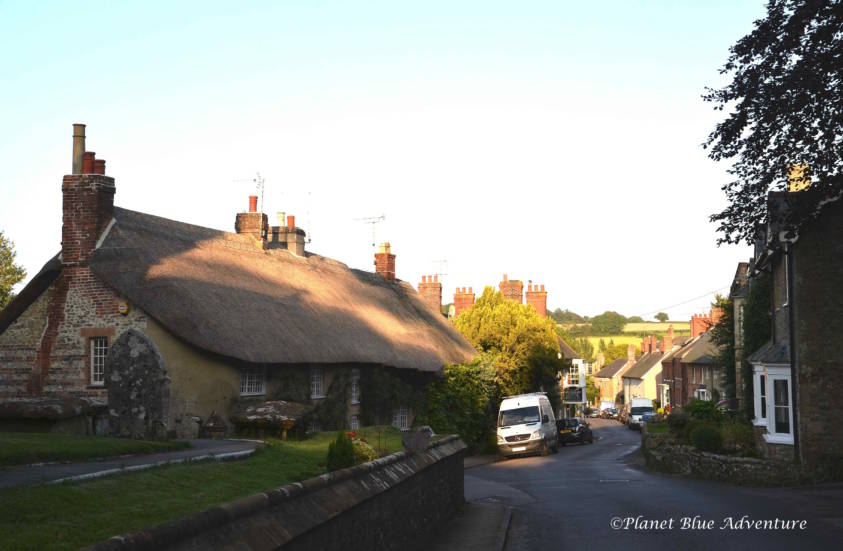 Dorset was the home to famous authors like Jane Austen, William Barnes, and of course, Thomas Hardy. These authors based many of their most brilliant works in the villages and landscapes of the county. Many of these novels have been turned into movies, and many were shot in the area. The following, are some of the most recent and notable films shot, or at least partially shot, in Dorset. 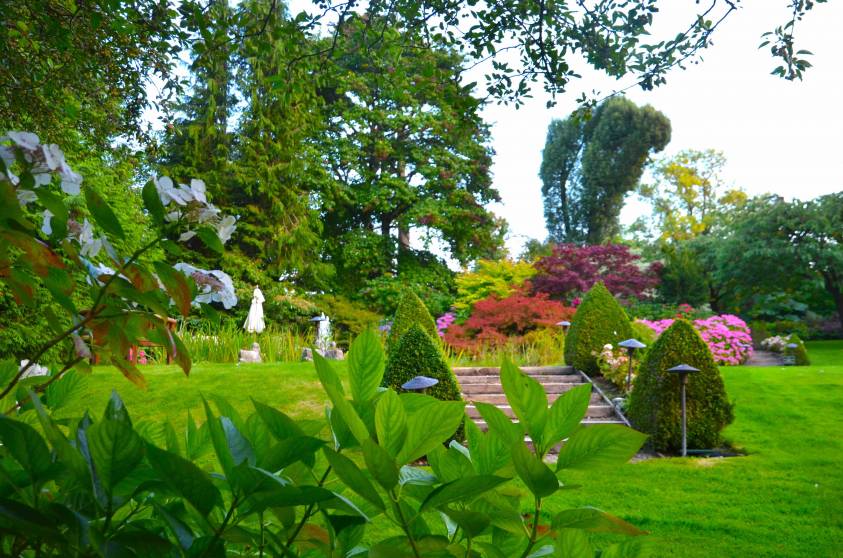 The film version of Jane Austen’s novel Emma, starring Gwyneth Paltrow as Emma Woodhouse. A tale of love and match-making set in the rural 1800s and filmed in Beaminster at Mapperton Gardens with its quintessential English manor house (Elizabethan in origin), which seems untouched since the 17th Century. There are 15 acres of romantic valley gardens, often used for weddings and marquee receptions. Today it’s the home of the Earl and Countess of Sandwich, and this year it’s open to the public from 27 March until 31 October, every day except for Fridays and Saturdays. Touring the manor you find yourself richly steeped in the finest aspects of the 16th, 17th and 18th centuries.

The cast stayed in an English country hotel, the Summer Lodge Country House in Evershot. The Lodge, a Georgian manor house, features luxurious bathrooms and bedrooms with sumptuous fabrics, bathrobes, candles, and fine toiletries. They have fine dining and a selection of rare wines.

Trivia – Mapperton was used in the BBC TV adaptation of Tom Jones and was Barton Park in the 1981 BBC TV mini-series of Sense and Sensibility.

Trivia – The Earl of Sandwich was known to invent the “Sandwich” by putting roast beef between 2 slices of bread.

World War Z is an American apocalyptic-action-horror film starring Brad Pitt as Gerry Lane, a former United Nations investigator who travels the world looking for a way to stop a zombie pandemic.

A lot of the movie was filmed in Glasgow – they turned this Scottish city into Philadelphia – but part was shot in Dorset. Apparently, Brad Pitt mesmerized the local ladies while filming at Lulworth Cove (November 2012). This thriller saw the equally thrilling Pitt, race up and down the cove in a boat, where his character meets up with his family. A year later Pitt returned to Dorset to get behind the wheel of a tank at the Tank Museum Bovington, in preparation for his WWII film, Fury.

Trivia – Lulworth also doubled up as Big Sur when Kevin Spacey portrayed singer Bobby Darin in Beyond the Sea.

Emma Thompson stars in this delightful British fantasy film,  Nanny McPhee, shot near West Lulworth, and Purbeck in Dorset. It’s about a Victorian widower who hires a nanny (Thompson) to rein in his seven unruly children. Colin Firth plays the widower, Cedric Brown, and Angela Lansbury plays his aunt and benefactor, Lady Adelaide Stitch.
The beach scene was shot on Lulworth Cove at Durdle Door, and this limestone arch is a world-famous geological wonder. The Brown family house was constructed on a muddy field. A crew had to tear out Brambles and build a house using a mishmash of architecture, plant hundreds of small trees and shrubbery, thousands upon thousands of flowers, and build a pig pen, chicken coop, arbor, greenhouse, and a tree house. The result was a picturesque, childlike fantasy.

Trivia – Emma Thompson worked on the screenplay over a nine-year period.

This 2007 adaptation (as well as the 1995 version) of the Jane Austen classic Persuasion, thought to be Austen’s most emotional and poignant novel, was filmed in Lyme Regis and Kimmeridge. Kimmeridge is a small village on the Isle of Purbeck, a peninsula on the Channel coast in Dorset. Despite its modest size (resident population of approx. 110), it has garnered international recognition for the quality of fossils found in the clay (clay dates to the time known as the Kimmeridge Stage of the Jurassic Period) through the area including Kimmeridge Bay itself.

The story, starring Meryl Streep and Jeremy Irons, is centered in Lyme Regis and London; this latest adaptation of the John Fowles novel was released in 1981. (An earlier version of the film, also shot in Dorset, starred Terrence Stamp and Julie Christie.)

The unforgettable opening scene was shot in Lyme on the sea wall, called the Cobb. This scene made the Cobb world famous as one of the most memorable moments in cinema history. The magnificent manor house in Lyme, immortalized as Meryl Streep’s home, was once owned by Winston Churchill’s daughter Minnie. The manor house has four reception rooms, six bathrooms a library, 17 acres of beautiful gardens and 26 acres of unbelievable West Dorset coastline.

Trivia – Lyme Regis is known as “The Pearl of Dorset”.

Far From the Madding Crowd

Released in 2015 and starring Carey Mulligan as Bathsheba Everdene, this is the latest adaption of Thomas Hardy’s classic novel (of the same name). This version was shot in various locations across Dorset from Dorchester and the Iron Age fort of Maiden Castle to Durdle Door, a limestone arch on the Jurassic Coast. They also used Sherbourne Abbey, Castleton Church, and Abbey Close, the streets of which were transformed into the 1870s market square in the fictions town of Casterbridge. The magnificent Mapperton House near Beaminster voted ‘Nations finest manor house’ by Country Life, is set in a romantic valley garden and was featured in the film. A lot of the grassy vales and flattened heaths, Hardy chose for the backdrop of his tales, have remained unchanged to this day.

This movie was roughly based on the Hardy classic, Far From the Madding Crowd. The film is set amid the gorgeous West Dorset countryside where Yetminster became the village of Ewedown. There’s a lovely old hotel in Beaminster, a 13th Century former priest’s house called BridgeHouse, where the stars stayed during filming. The rooms are classically opulent with an old world charm. The dining room ‘the Beaminster Brasserie’ has an eclectic wine list and a reputation for homegrown food; with some of Britain’s finest farmers, growers and fisherman on their doorstep, it’s exactly what they provide. Their philosophy is ‘Keep it simple, no compromise on quality’.

Dorset’s dramatic coastline, in West Bay, plays a starring role in TV drama, Broadchurch, alongside actors David Tennant and Olivia Colman.  Favorite television show draws attention to the town’s many attractions the beautiful cliffs, beach, and harbour.   The landscape plays key elements in the whodunit drama now about to embark on its 3rd season.

Trivia: The “Broadchurch Trail” helps visitors discover some of the key filming locations used in the series. 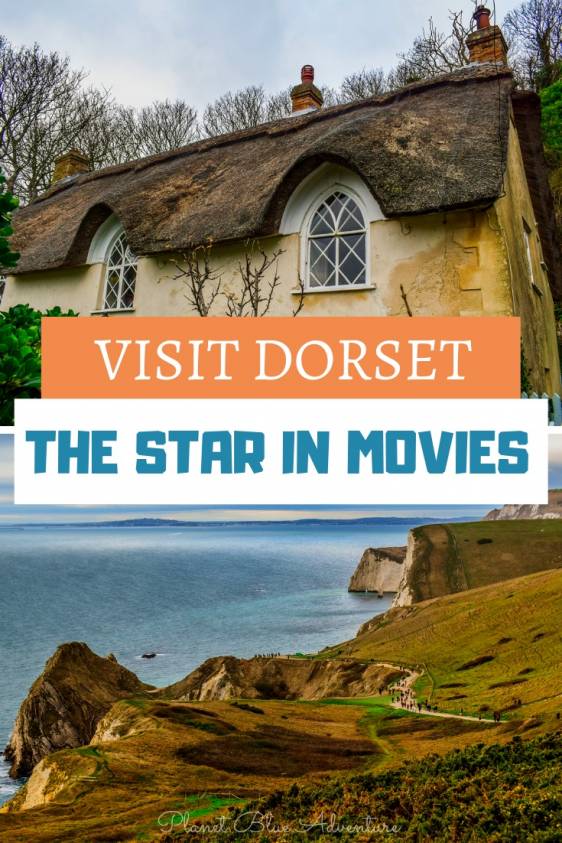 Read The Best of West Dorset for more visiting tips. 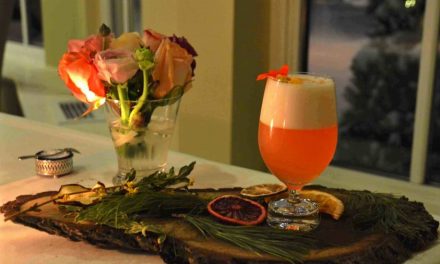 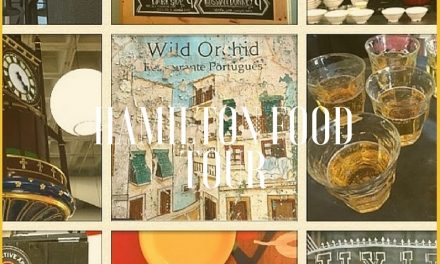 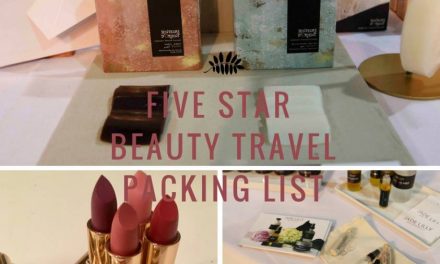 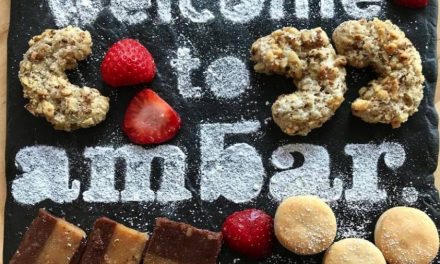 Where to Eat in Arlington Virginia