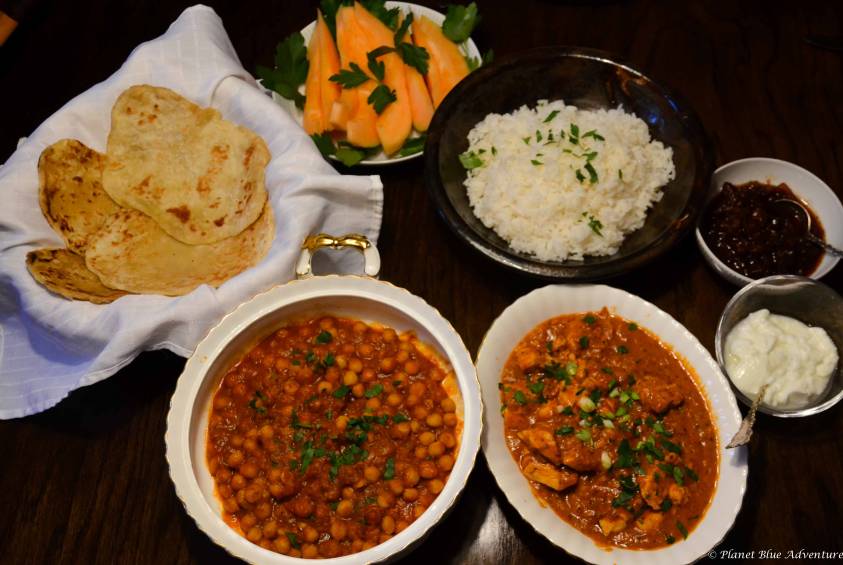 Eating out was all about Italian and Chinese cuisine, but the last 30 years have seen a rise in all things Asian – travel, dress, and food. The nationwide spread of Indian restaurants and the introduction of this cuisine has encouraged home cooks to try duplicating the dishes they love, but the combination of unusual spices and ingredients caused a few problems.

Enter ‘Indian sauces’; these products hitting our market are taking all the guesswork out of preparation. With this in mind, we decided to give KFI sauces a try. They are a family-owned Canadian based (Brampton, Ont.) company called Kataria Foods Inc., producing Indian sauces. 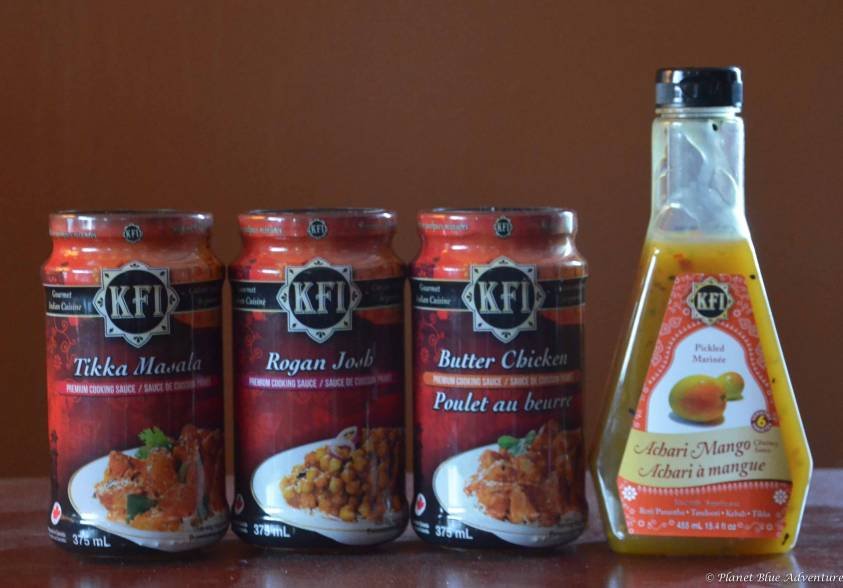 We had a wonderful time using KFI sauces one weekend. They make Indian meals so quick and easy.

Chicken Tikka Masala’ Recipe which requires only 1 lb. of chicken and a jar of sauce. 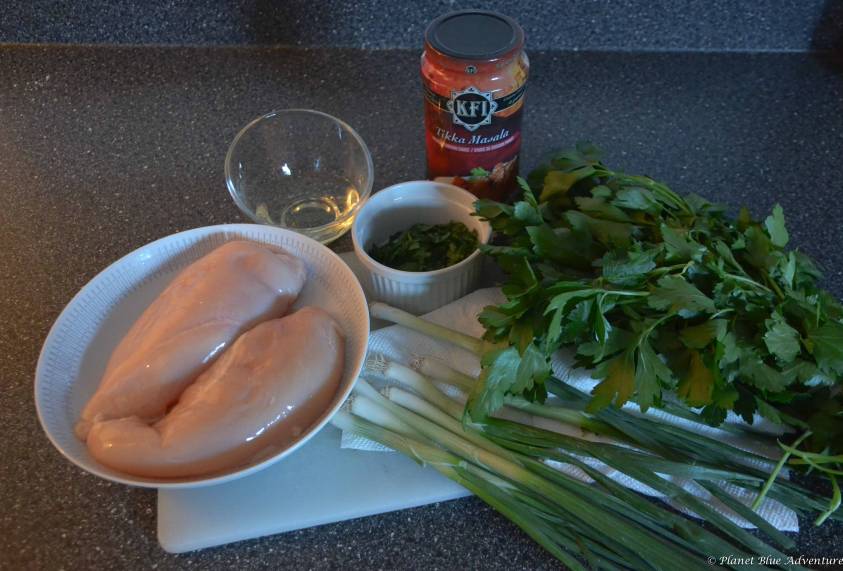 Stir Fry the chicken in oil for 5 minutes. 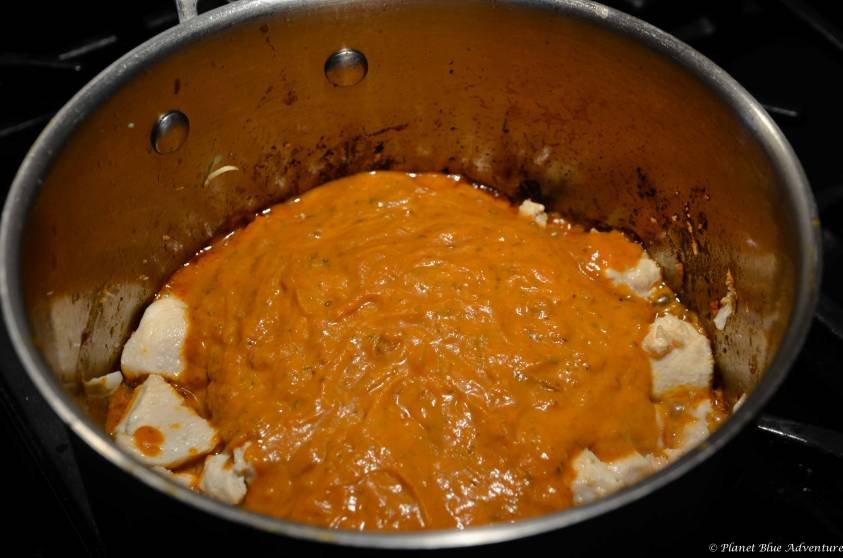 You can substitute tofu or mixed vegetables for a vegetarian version. 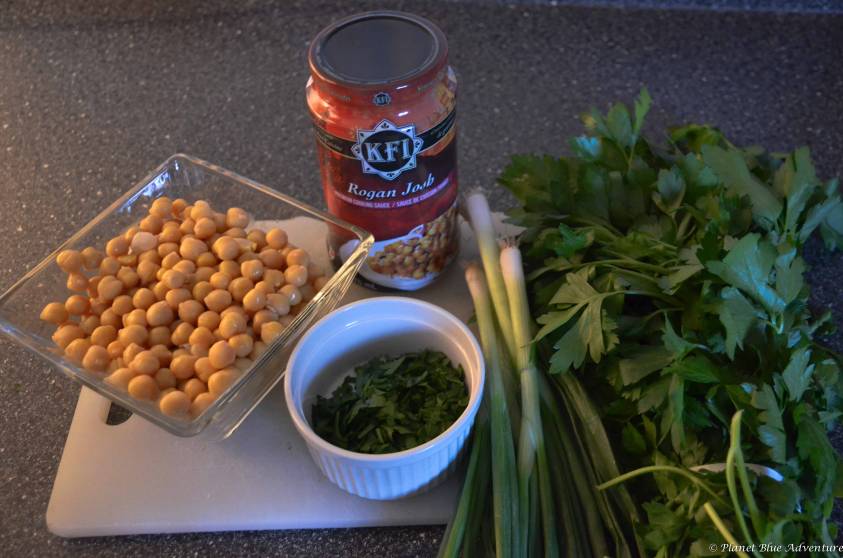 Rinse the chick peas and pour into sauce pan. 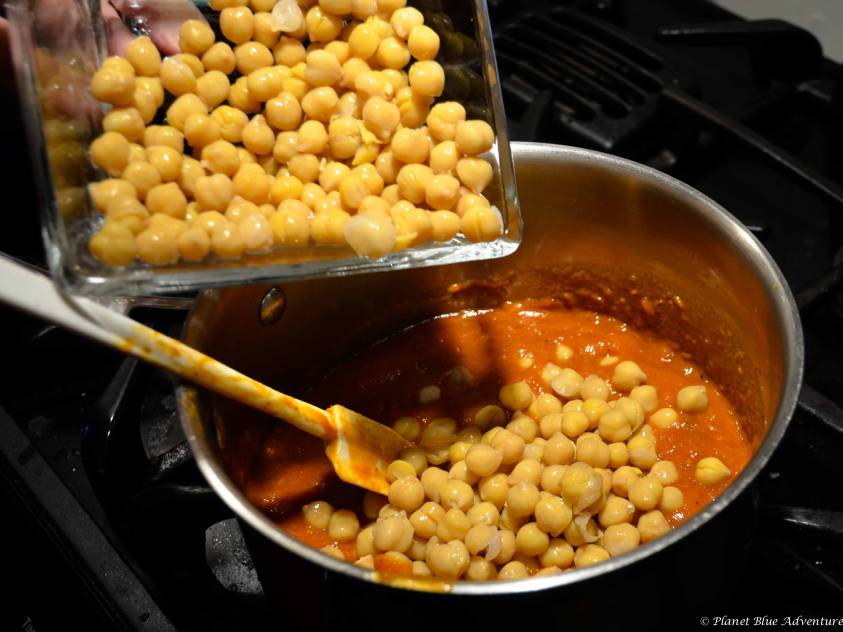 Add the Rogan Josh sauce and stir, simmer for 5 minutes

You can substitute lamb or beef for the chickpeas for a non-vegetarian version.

The following is our traditional recipe for homemade Naan plus an optional ‘quick & dirty’ version.

Dissolve the yeast and sugar in warm water and wait until it becomes frothy.  Stir in the yogurt and oil.

Sift the flour, sea salt, sugar, and baking powder into a bowl and add the yeast mixture, stir until it becomes a sticky dough. Separate dough into 6 balls and roll each out, one at a time, on a floured surface to about ¼” thickness.

Heat a heavy skillet on high heat and fry each piece (1 at a time) in a little butter for 1-minute flip over, put a lid on the pan and cook for 30 seconds. Repeat with the rest of the balls. Keep naans warm, wrapped in a tea towel until all are cooked. Serve immediately or warm later to serve with the meal.

These dishes should be served with plain (Jasmine) white rice.  Optional condiments would be plain yogurt, chutney (we used home-made plum chutney), and naan. As a matter of fact we serve all of the above options, along with KFI mango chutney, and make a celebration out of the meal by adding a little white Sangria.

KFI Sauces are is sold in stores in Canada, check pricing and locations on the KFI Canada website www.kficanada.ca. 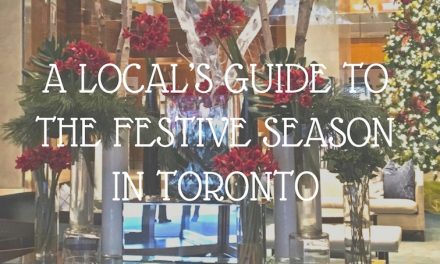 A Local’s Guide To The Festive Season in Toronto 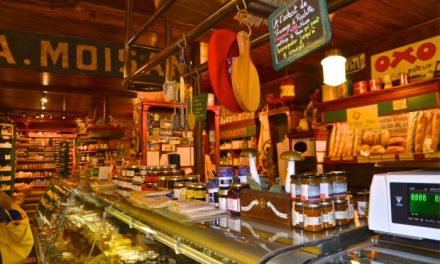 Springtime in Banff – Shine On! 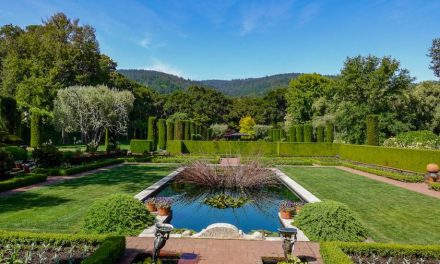